It seems like many people suffer from Rest Less Syndrome and sleeplessness, more than  I expected.

‘Restless Leg Syndrome is a neurological disorder also known as Willis-Ekbom disease. RLS causes unpleasant sensations in the leg,  along with a powerful urge to move them. For most people, that urge is more intense when they are relaxed or trying to sleep. People with RLS are likely to have trouble falling asleep or staying asleep because symptoms are worse at night and it will cause sleep deprivation, which could harm physical and emotional health. RLS may be linked to a disruption in the dopamine pathways in the brain. The difficulties for people with RLS is that it interferes with their sleep, causing ongoing daytime sleepiness and fatigue.’ – Healthline.com

For those people who came to Bribie Simply Healthy seeking natural remedies for release symptoms of RLS and sleep problems, I have been suggesting Ultra Muscleze Night, and the results seem very effective. Magnesium has well- known effects on muscles, relieving the cramps and mild muscle spasms it also reduces sleeplessness and excessive nervous energy and supports healthy sleep patterns. Ultra Muscleze Night also has other ingredients to support and relieve symptoms of stress and support the nervous system. One of the major ingredients is Inositol. Researchers have found that some people with depression, anxiety and compulsive disorders have a lower level of Inositol in their brain.

One of  my customers who were suffering from insomnia for 5 years due to his restless leg’s syndrome said that he has tried many things but nothing was effective as Ultra Muscleze Night. 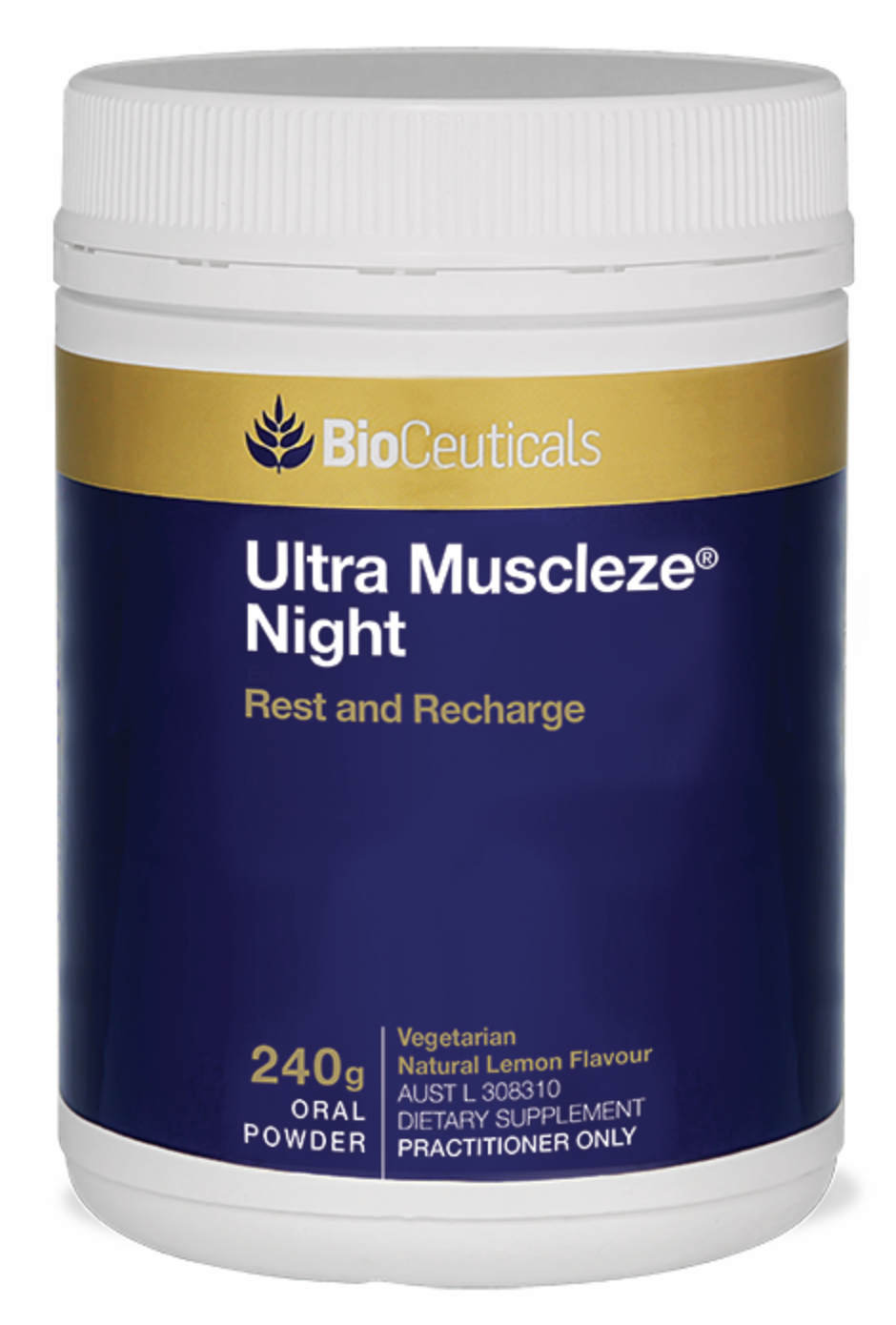